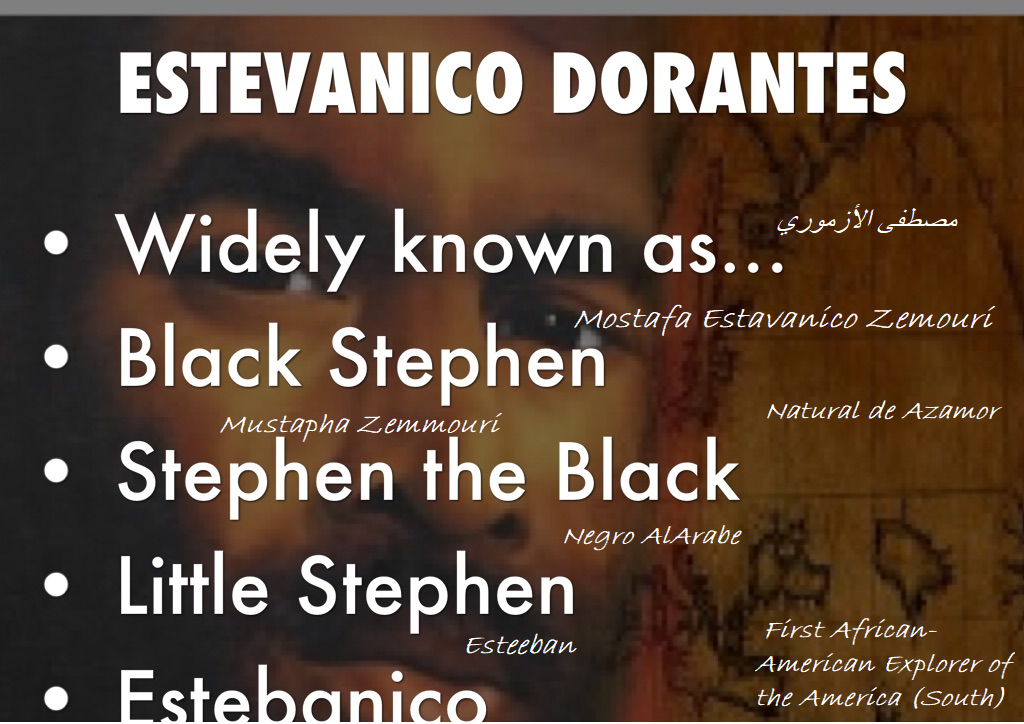 Esteban Dorantes, also known as Mustapha Zemmouri, is the first black explorer and adventurer in America who led an eight-year journey from Florida to California in the early sixteenth century. According to David Blight's review of Robert Goodwin's book, published in 2008 in Washington Post, he was "The Slave Who Found a New World".

This is the book by Robert Goodwin: