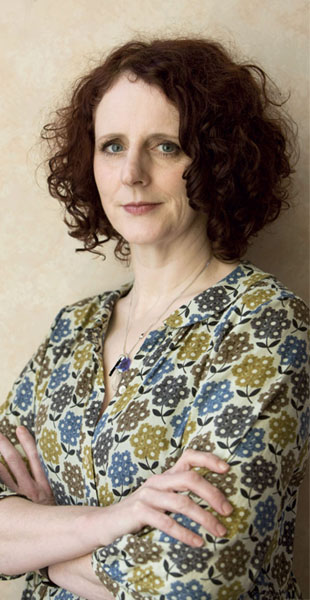 Maggie O’Farrell was born in Coleraine, Northern Ireland (b. 1974) and her family moved to Britain in 1974. The daughter of an economist, she grew up with her mother and two sisters in Wales and Scotland. As an adult, she has lived in Hong Kong (a year working for a computer magazine) and London (as an arts journalist).

O’Farrell  is the author of eight published novels, including After You’d Gone and The Hand That First Held Mine, a memoir, and two children’s books. In May, 2022, she led the (successful) effort to memorialize Shakespeare’s twins, Judith and Hamnet, whose graves have never been identified, by planting two rowan trees (see also Hamnet, p. 120) in their names on the grounds of Holy Trinity in Stratford. Their older sibling, Susannah, is buried with their parents inside the church. Hamnet died at age 11; Judith, however, lived to be 77.