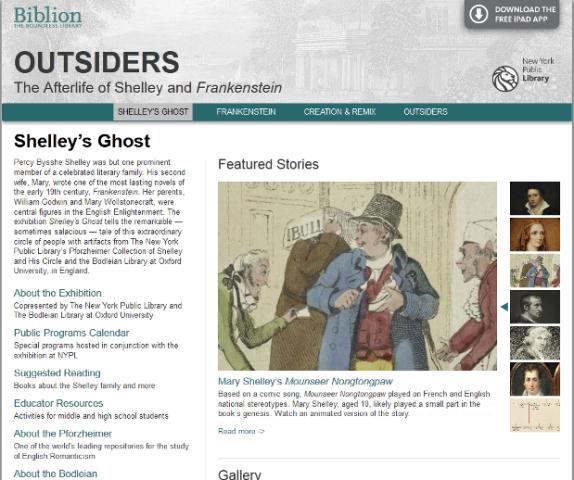 Mary Wollstonecraft (Godwin) Shelley was the only child of the famous feminist Mary Wollstonecraft and the philosopher and novelist William Godwin, both influential voices in Romantic-Era England. At 16, she fell in love with the poet Percy Bysshe Shelley; he was 21 and unhappily married. In 1816, the couple was living with Shelley's friend and fellow poet, Lord Byron, in Byron's villa in Switzerland when Mary came up with the idea for one of the most famous novels in history: Frankenstein (1818).

After Shelley's wife committed suicide, he and Mary were married, but public backlash to the match forced them to move to Italy. When Mary was 24, Percy Shelley drowned at sea, leaving her alone with a two-year-old son. Alongside her husband, Byron, and John Keats, Mary was one of the principal members of the second generation of Romanticism.

Still somewhat of an outcast for her liaison with Shelley, Mary worked as a writer to support her father and son, and maintained connections to the artistic, literary and political circles of London until her death in 1851. (Excerpted from History.com)

You may need your AUD username and password to log in and view some of these materials.