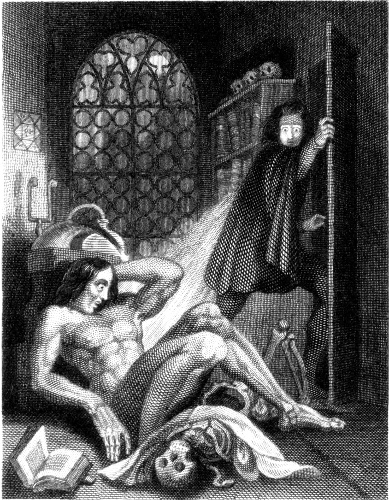 Mary Shelley's story of Victor Frankenstein and the creature he brings to life, first published in 1818, is now more widely read than any other work of the Romantic period.

The book, by 21-year-old Mary Wollstonecraft Shelley, is frequently called the world's first science fiction novel. In Shelley's tale, a scientist animates a creature constructed from dismembered corpses. The gentle, intellectually gifted creature is enormous and physically hideous. Cruelly rejected by its creator, it wanders, seeking companionship and becoming increasingly brutal as it fails to find a mate. Read more at History.com.

We have several copies of Frankenstein, plus additional adaptations and related resources, in our collection.